What is Cryptocurrency? by Blockchart.io

Put simply, a cryptocurrency is digital money, it can be traded, saved, spent or sold to anyone in the world with an internet connection, without incurring extortionate transaction fees. Instead of having banks or government institutions regulate finances, cryptocurrencies use cryptography – the art of creating and cracking secret codes. This cryptography secures transactions, prevents double spending and controls the creation of new coins. Most of use have heard about cryptocurrencies through BitCoin, which was created in 2009. Nowadays, BitCoin isn’t the only cryptocurrencies, there are hundreds of them, and they’re often called AltCoins.

Cryptocurrencies were created to avoid the issue of governments printing new money, causing inflation and decreasing the collective value of everyone’s savings, as happened during the Bailouts of 2007/08. In order to prevent inflation, several cryptocurrencies have a limit, or a market cap which would be reached sometime in the far future. Once the limit is reached, no-one can create more. For instance BitCoin caps at 21 million coins. Most cryptocurrencies do not have a central, regulating authority, instead, they operate in a fully decentralised system which means that no single individual or group has totalitarian control over your finances.

If one were to take a closer look at cryptocurrencies, two phrases will often spring up; “Proof-of-Work” and “Proof-of-Stake.” These are simply the way the system, or Blockchain, is maintained. Cryptocurrency miners, who could be anyone from the public, “mine” or validate transactions and receive or “create” tokens from the currency as a reward. Mining is the process of your computer’s hardware attempting to solve complex algorithms (or codes, hence cryptography). 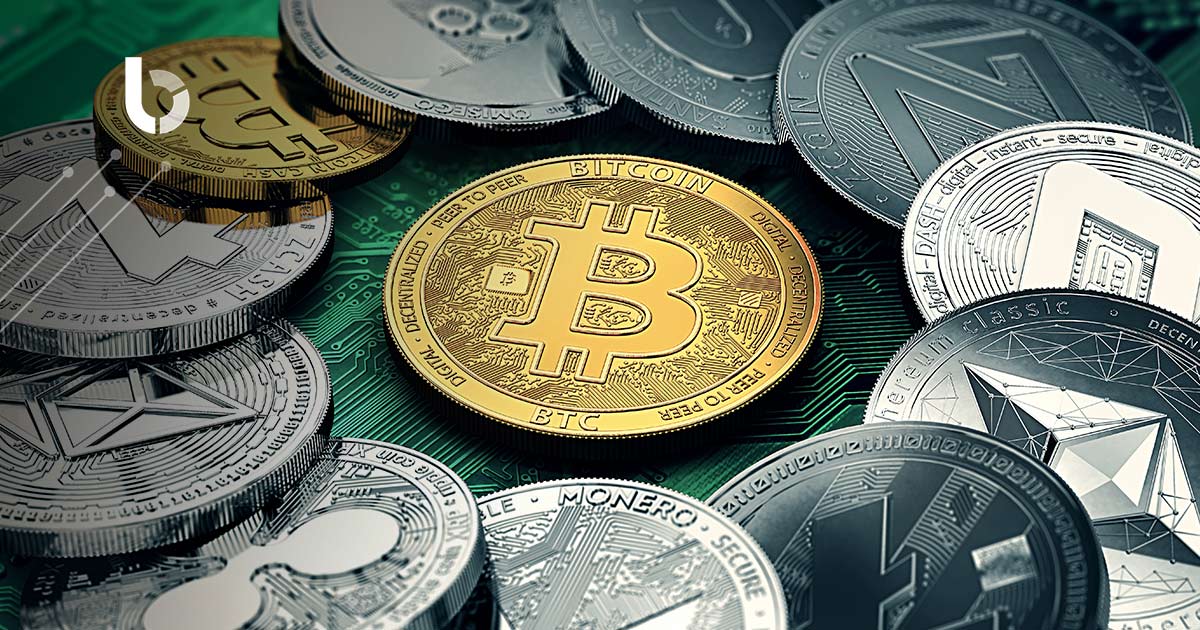 Back to the Crypto Mine

Calculating mining power is done through a scale of hashes per seconds. Hashes are a fixed amount of numbers and letters which act as a shortcut or a code for each transaction. So a computer which has a power of 1kH/s is mining at 1,000 hashes per second and 1MH/s is a million hashes per second; ie: it can process and assigned hashes to a million transactions in a second. BitCoin uses SHA-256 as a hashing algorithm, while others such as LiteCoin use Scrypt. Other hashing algorithms are also used, but the main difference is a difference in power. Some require intense GPU which require tons of electricity and high-tech computers while others use ASIC mining tools.

For instance, using 4 GPU’s would create a hash rate of 3.4 MH/s while an ASIC machine can mine 6TH/s. This resulted in ASIC mining rigs taking over the mining process as the only individuals who would profit from mining BitCoin were those with dedicated ASIC mining servers. This meant that the cryptocurrency was slowly becoming centralised in the hands of these miners. Scrypt promised to be ASIC resistant and level the mining field for everyone.

Scrypt hashes rely heavily on memory and while this solved the problem for a while, eventually scrypt-ASIC machines were also invented. In order to solve the problem, some cryptocurrencies elected to change their use of proof-of-work to other systems such as proof-of-stake which do not rely on processing power to mine.

How safe are Cryptocurrencies?

Cryptocurrencies are designed to be secure. For one, the hashing process helps to deter hackers, as the algorithms used to create the hashes are complex and time-consuming. Several cryptocurrencies are Quantum Proof, meaning that they are resistant to hacking from Quantum computer (which can process data at an incredibly higher rate than normal PCs). A more likely form of “hack,” would be a 51% attack. In which a miner, or group of miners, control more than 51% of a network and as a result take control of the global Blockchain. However, even at this point, the amount of damage a hacker can do is limited. They wouldn’t be able to steal tokens from your private account, or add a long string of zeros to their own account balance for instance. Your own private data is safe. Some cryptocurrencies, such as Monero, have taken privacy to a whole new level by implementing a feature which guarantees true anonymity.

Cryptocurrencies are legal in most countries, however, certain regulations in particular countries have created a grey area. For instance, while China has banned financial institutions from handling cryptocurrencies, it is also a country which invests heavily in Blockchain technology. It has also been adopted by government institutions and some (such as VeChain) are even being tested in cities.

In the USA, BitCoin is viewed as property and as such, subject to taxation the same way. Given the increasing popularity of BitCoin being used for trade, guidelines have been issued by the Financial Crimes Enforcement Network. This suggests that attempts are being made to regulate cryptocurrencies.

Several businesses have adopted cryptocurrencies in one way or another; such as Subway, Expedia, Microsoft and even Starbucks. Changelly is a great place to buy or sell cryptocurrencies and even stay up to date with the latest information. Cryptocurrencies have seen tremendous growth since their inception in 2009, whatever the future holds for cryptocurrencies, it’s definitely something big!