From Blockchain Island to AI and machine learning, Malta is blazing the trail with its approach to innovative technologies! And just like Blockchain, Artificial Intelligence is set to change our modern economic landscape, from the way we work to the way we live and play.

The goal is to place Malta amongst the top 10 nations in the world with a clear, ethical and socially responsible policy for Artificial Intelligence. With its impressive resume towards emergent technologies, Malta’s goal to become the ultimate AI launchpad promises a very bright future for the island! 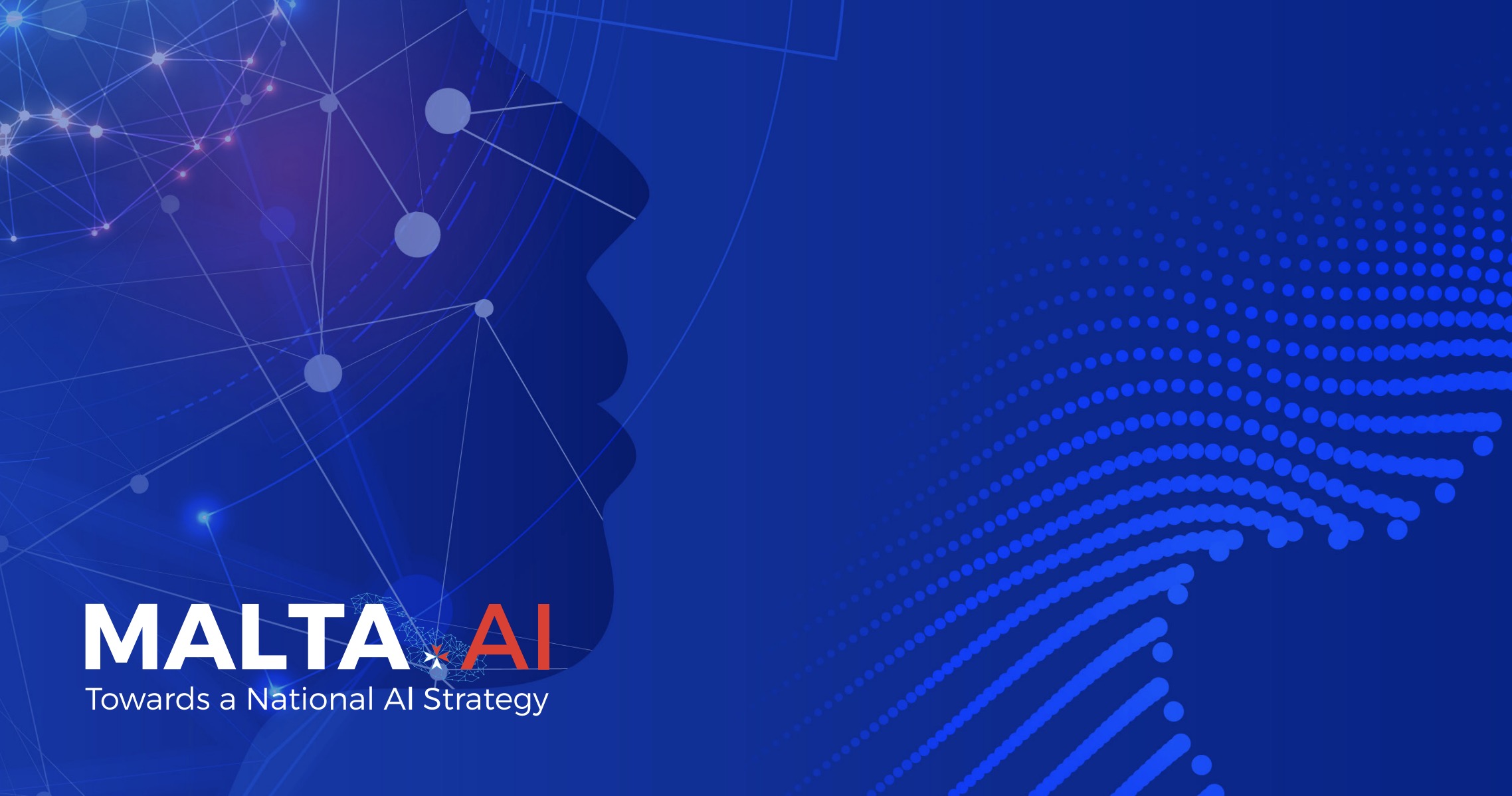 Artificial Intelligence is widely-viewed as a general purpose technology, on the same scale as electricity, radio and the internet. What was once the domain of science fiction has now become tantalizingly real as AI has the potential to influence every sector of society. AI is already being used to power the likes of Amazon and Google, but what is Artificial Intelligence?

Artificial intelligence is a type of software or computer program which can learn. This means that it is capable making rational decisions based on data collected previously and on prior experiences. Traditional types of software can only make “decisions” based on what programmers have coded the software to do.

For example it is easy for a human to recognise an apple, another human or a house even though we haven’t seen every single apple, human or house. We are able to generalise, we can still recognise that something is a house even if it looks rather different. AI would be unable to recognise an apple if it is shown from a different angle for instance. Teaching AI to form an idea based on similarities in data is the next big step.

At this stage, Artificial Intelligence is still closer to theory than terminator. Great strides are being made in the field of computer vision (an AI’s ability to understand images and video) and developing “narrow intelligence.” But we are still far from seeing AI with “general intelligence” – the same type of intelligence that humans have. However, while the future looks extremely promising for AI, what does this have to do with Malta?

From Blockchain Island to AI

Just as Malta’s approach to Blockchain and DLT proved successful, a similar approach will be taken, one which uses regulation to create clear goals and a framework which maximises social and economic benefits while mitigating the risks. To achieve this the Malta.AI Task Force was created, composed of members from both the public and private sectors to ensure transparent and effective policymaking.

The aim of the Malta.AI Taskforce is to develop a national strategy that focuses on investment, resources and the numerous ways Artificial Intelligence can improve the lives of Malta’s citizens as well as the economy. This includes regulatory actions, fiscal measures as well as public-private partnerships

Malta as the Ultimate AI launchpad

Artificial Intelligence is an extremely broad field of study and the only countries with the technological resources and manpower to tackle every aspect of AI are the USA and China. However, the very nature of AI suggests that it should be considered as a spectrum of methods, tools and technologies which can be utilised in a variety of ways, rather than as a singular and centralised technology.

By adopting this holistic approach towards AI Malta can make use of its avant-garde public policy and natural resources to shift AI from the theoretical to practical adaptation within society. Which would in turn lead to commercial success, social benefit and international recognition. In order to do so Malta is being poised as the Ultimate AI Launchpad. One which incentivises local and foreign companies, entrepreneurs and academics to develop, test and scale AI on a national level in Malta.

Malta’s small population, regulation by EU laws and advanced telecommunications infrastructure make it a prime location for an AI pilot site. One which tests AI in an entire nation rather than just a town or a city. To achieve these goals the Malta.AI Task Force alongside the Maltese Government has developed a National strategy. This Strategy is built of three Pillars;

Attracting investors and start-ups is the first step to creating a healthy AI ecosystem. Following this, the Maltese Government will lead the way by implementing AI to the Public Sector to provide better services to citizens and businesses. Showcasing and utilising AI technology will incentives private businesses to also adopt AI as part of their overall business strategy.

To foster a seamless implementation of AI, Malta’s educational system will expand to help better prepare students for a future where Artificial Intelligence is an integral part of the workplace. This also means creating a legal framework to regulate AI technology in an ethical manner. This will help to create an ecosystem in which both AI and Malta can flourish by enabling the infrastructure required in a safe and professional manner.

With what most experts call the Fourth Industrial Revolution just around the corner, it’s hard not to get excited! For many of us who have lived through several technological advancements, such as the internet, smartphones, cryptocurrencies and Blockchain, it is amazing how far we have come and electrifying to imagine how far we can go. And Artificial Intelligence is that next, great leap and it’s happening right here, on this small island!

Blockchain, Artificial Intelligence and the other technical innovations happening in Malta are quickly gaining momentum. It’s good to stay ahead of the curve by consulting with strategists, legal advisors and digital marketers. By offering a holistic range of industry-related services we can empower your business whilst educating the world about these novel developments!